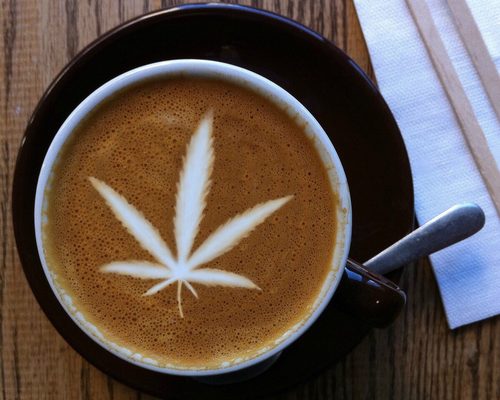 Massachusetts just became one of the hottest places to be if you smoke weed. On Monday, the state agency approved a new regulation that will allow legalized marijuana to be smoked in places known as “cannabis cafés.” And it’s a game-changer! Now, just like at a bar you can order a joint or any other marijuana product and use it right there at the café.

Will Luzier with the Marijuana Policy Project of Massachusetts says, “It’ll be a place where folks can go who can’t use cannabis at home because they use federal housing, or their landlord won’t let them, or because they have kids,” and so he says it will be life-changing for many people.

As of now, the agency that regulates marijuana in Massachusetts allows for legal use of the herb across the state however, the Cannabis Control Commission only recently approved the sale of marijuana on the premises of other establishments. This newly-formed state commission is a government agency that was just established this month.

What is a Cannabis Café?
The Cannabis Control Commission is considering moving forward with the development of cannabis cafés as they feel it will not only allow businesses an opportunity, but also that it affords recreational cannabis users a place to buy and use weed within the local community.

The Cannabis Control Commission still has quite a few kinks to work out as the details of the new policy continue to progress. However, if finalized the new policy would allow recreational cannabis users to purchase marijuana products in places just like they would buy alcohol, or tobacco in a bar. This includes cafés, sandwich shops, massage and yoga studios and many more places! This new, electrifying idea comes at the perfect time to set a welcoming tone within the recreational marijuana industry in Massachusetts.

Why Cannabis Cafés?
Cannabis cafés are welcomed by the recreational marijuana community and in Massachusetts many people voiced their desire for these types of establishments.

Here are just a few of the reasons for cannabis cafés:

Michael Latulippe, a member of an advisory board to the Cannabis Control Commission, said that, “I think we’ll be the first state in the country to offer this, so essentially we will have in place a regulated, safe and controlled system by which to consume cannabis on site and legal businesses.”

He called the new policy “transformative” for the recreational marijuana users at cannabis cafés. And maybe there is even hope for other states to adopt the policy changes if things go well in Massachusetts.

In anticipation of the upcoming opening of the trendy new cannabis cafés of Massachusetts, people all over the nation are getting excited! And with good reason … but still, you’ll have to wait until it’s 100% legal to consume marijuana at cannabis cafés while Massachusetts joins the ranks of other recreational states like Washington, Oregon and Colorado. Currently, Denver also has a pilot program, but only one business has applied for a cannabis café status.

A Final Note on the Cannabis Cafés of Massachusetts
Today, there are plenty of people that could benefit from the development of cannabis cafés. However, if passed, this new proposal would also include limitations on what types of recreational marijuana products could be purchased at the “cafés.” So, don’t worry about getting together at some of the top cannabis cafés in Massachusetts. You won’t get too high to drink coffee, or do yoga. We promise.